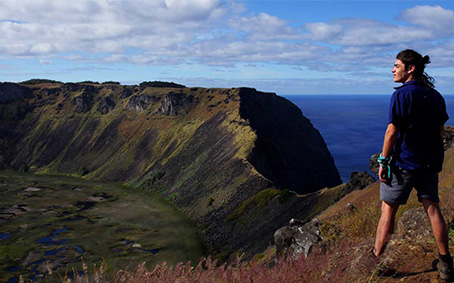 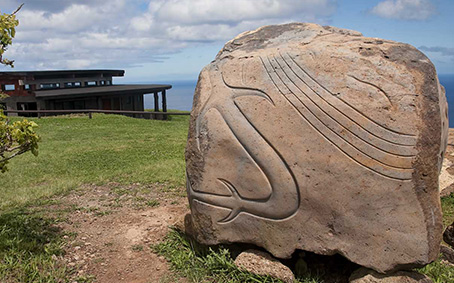 
Departure from the hotel to the cave of Ana Kai Tangata, which on its walls has drawings of birds in a stylized way that represent the Manutara (swallows of the sea), whose precious egg was the center of the annual competition of the "bird man" . Then we will visit the Vinapu sector, an archeological site which is characterized by its large basalt tiles made to fit carefully in a similar way to the Inca constructions of Cuzco. We will also appreciate the Rano Kau Volcano, where there is a lagoon with small islands of totora and abundant vegetation and micro fauna. Finally, we will arrive at the ceremonial village of Orongo, where the "bird man" ceremony was held, which designated together with the King who would be the spiritual and political leader during the period of one year. This sacred character with a shrunken man's body and a large bird's beak is carved in a large number of engraved stones. Back to the hotel.