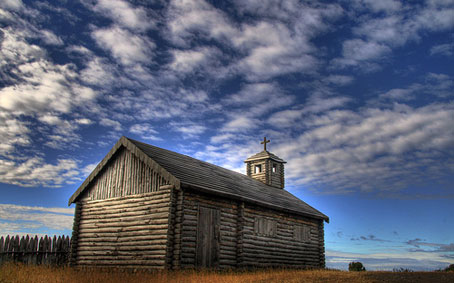 
More than 300 years after the failed attempt of the Spanish colonization, the Government of Chile takes the unfinished dream of populating the Magallanes Region. Thus in 1843, the schooner Ancud saturates two kilometers from Port Famine (Puerto del Hambre) in PUNTA SANTA ANA, where Fort Bulnes is built based on logs of wood and grass huts, noble materials that helped establish the Chilean sovereignty in the Strait of Magellan. After six years of great hardships, the settlers realize that Punta Santa Ana had no conditions for a permanent human settlement, so they move northward in search of a friendlier climate. Thus, the city of Punta Arenas is set in the area called Sandy Point, leading to neglect and decay of Fort Bulnes. In January 1852 riots in the city of Punta Arenas Lieutenant Cambiazo in their flight to the south of the city; among other raids, fire facilities Fuerte Bulnes, which were completely destroyed. However, the story did justice to their importance, and between 1941 and 1943, it was rebuilt, it was declared a National Monument in 1968.