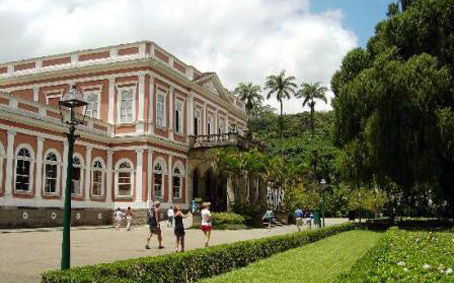 
Located some 800 m.a.s.l., Petropolis “The Imperial City” is the state of Rio de Janeiro's most sought after mountain Resort City and fourth largest commercial center. It is chiefly a monument to Dom. Pedro II, emperor of Brazil from 1831 until his exile in 1889. Emperor Pedro I, who purchased land in the spectacular Serra do Mar for a projected summer palace, first envisioned Petropolis in the 1830's. However, it was his son Pedro II, who actually built the palace and the quaint town surrounding it. The idea was to maintain a refreshing refuge from Rio's wilting summer heat. The highway linking Rio and Petropolis is an engineering marvel. Its concrete bridges soar over green valleys and the road curves around mountain walls revealing exquisite views of the horizon.
Includes lunch.